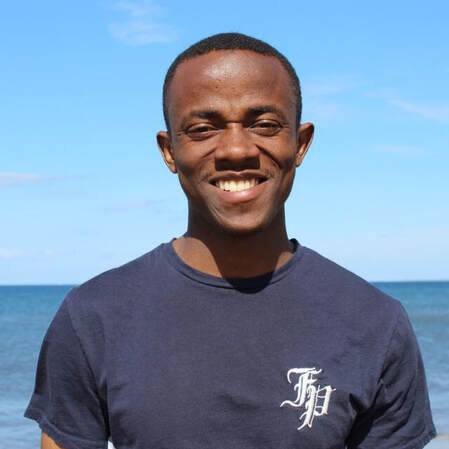 22/07/19
Memory and Cosmas are back in Lusaka.  Memory has completed her degree in Business Administration (see below), and Cosmas has finished his first year in Chemical Engineering at Edinburgh University.  We asked them both for their thoughts on their past, present and future.

​Cosmas
What were your dreams and aspirations when you were a kid?
At first, I wanted to a teacher because I love teaching. I was inspired by a teacher in primary school – who was passionate about her job, I wanted to help people the way she did in helping people realise their dreams. But then I realised that being in a class and doing the same thing every day was not for me, it’s too traditional. At some point, I also wanted to be a cardiologist, to do something with my hands. I probably would have studied medicine if it weren’t for the Mastercard scholarship restriction. I am currently studying Engineering which I grew interested in my final year of high school, I get to work with my hands and its interesting.

How is your time at University?
My first-year experience has been a roller coaster ride. I have had so much fun, so much to learn, unlearn, and relearn. From the start I struggled academically, which of course I anticipated I would. Having moved directly from high school (O Levels) into a 20th ranked international university in the world to study one of the most difficult courses, Chemical Engineering, was the craziest and bravest decision I have ever made. Things started working out when I asked for help from my tutor and spoke to other students. Edinburgh is one of the best cities for social life and adventure! I didn’t really have much difficulty adjusting to most things because I had heard and researched so much about it. Edinburgh weather is one of the strangest in the world. You can have snow, rain, wind and sun all in one day! It becomes challenge choosing which clothes to wear. Winter was very cold even though people here say it was warmer compared to other years.

What do you hope to achieve now?
I am considering going into business so I think I will try and get an MBA. I would like to work in the pharmaceutical industry or open a pharmaceutical company in Zambia, so I get to use my chemical engineering and business management experience. I am still interested in education and want to be an intentional positive role model to younger people. I would like to work on mentorship/buddy programme to help young people get into university. During this summer break, I am working on a project where we travel school to school talking to students trying to increase awareness on STEM programmes.

Memory
What were your aspirations when you were a kid?
I wanted to be many things as a kid, I wanted to be a dancer, a designer, a teacher and so many other things. But what I spent most of my high school years aspiring to be was a Paediatrician. In my last two years of high school, I participated in art contests and got to take free art lessons which reignited my interest in design.

​How was your time at University?
For University, I majored in Business Management from the options offered by the ALU inaugural class scholarship, I felt this would be more flexible and easier to build on if I still wanted to pursue design.  My time at ALU was fun and one of personal development. If you know me, you know I like to organise things, so I enjoyed creating a schedule that allowed me to have free time to go to events, outdoor activities and to have a good rest. I made friends that challenged me to not only do better but to also be a better person. They encouraged me to take on projects like ‘Whispers of Love’, a community of young Christian leaders spreading the word through love. I also gained incredible work experience in different companies which gave me a better idea of what I wanted to do.
​
What do you hope to achieve now?
I am currently applying for project management/HR/logistics and operations type jobs and would like to do that for the next few years. I would like to work in fashion design or open an apparel brand and work on the logistics and operations end. I am working on creating a programme that will teach the biblical perspective on everyday problems to help preteens find better answers in a world full of opinions. 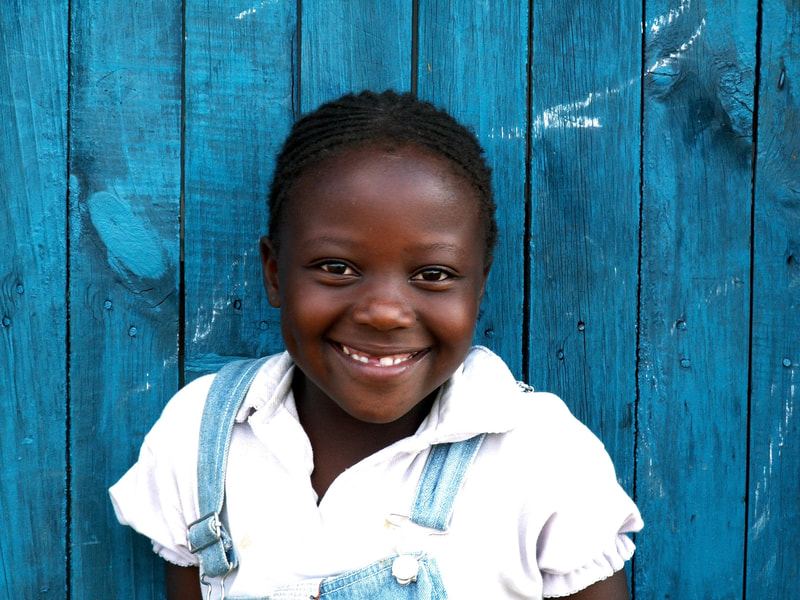 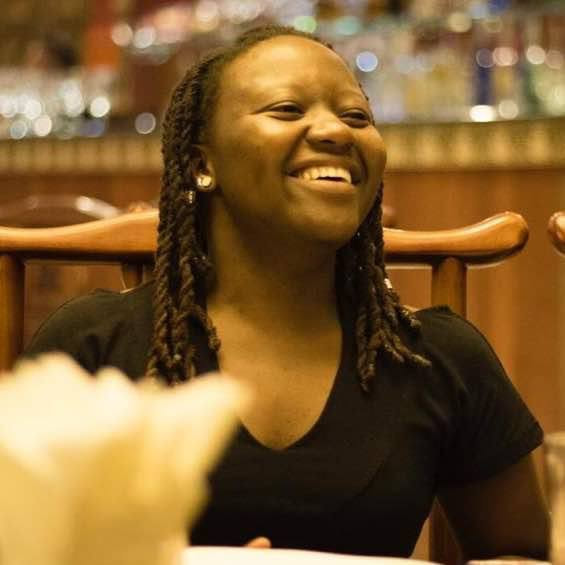 ​20/07/19
It's been along time since we included any update on Christine's health although many of you will have received our regular medical update emails.  Unfortunately we are still waiting for a li​ver to become available for her.  The basic problem is that while she is unwell, and able to do very little, her blood tests which measure her liver function are "better" than most other patients on the waiting list.  As the blood tests are the main measure used in deciding who gets the next available liver, this means that Christine never reaches high enough on the list to get a liver.

Christine was admitted to King's College Hospital recently for a week of tests to carry out a full medical assessment.  We had hoped that this would reveal the extent to which her health has deteriorated and move her up the list, but we got some shocking news during the week.  One of the scans showed a large blood clot had developed in the main vein supplying the liver, and the doctors spent a couple of days assessing the size and position of the clot.  They told us that there was a chance that the clot might prevent them from carrying out a transplant at all.  This would mean that there was nothing more they could do for Christine medically.  As you can imagine, we spent a terrible time contemplating this possibility, but thankfully after the team review of her case, the surgeons came back and said that they would still be able to operate provided the clot could be broken down.  So Christine is now on daily injections to disperse the clot and has been left on the waiting list.
12/06/19
Memory, who had been studying at the Africa Leadership University in Mauritius, graduated in June with a degree in Business Administration. This was the end of four years of hard work, and she is now having a well-deserved break in Lusaka while chasing various employment opportunities in Zambia.  Abigail, who runs the school at the Farm, was able to visit for Memo's graduation and make up for the fact that Don and Christine were unable to make it because of Christine's health.

Go Fund Me
14/10/18
Cosmas is now settled in Edinburgh and making headway in his studies. So far he seems to be coping with the cold and accents! In time, we may ask him to do a post himself so that. For now though, to everyone who helped get him here - thank you!
06/01/18
An exciting update on Cosmas and his search for a University place. Having applied for the MasterCard Foundation Scholars Program he has been selected through the early decision process. The program is based, wait for it, at the University of Edinburgh where he will soon join 'a community of outstanding scholars and change-makers from all over with world'. In addition to being offered this place he has succeeded in gaining a full scholarship including living expenses. He plans to study Chemical Engineering and plans are now underway to get him kitted out in some warm clothes for his move to Edinburgh. Below are some photos from his high school graduation.

16/09/17
Anton, who was offered a place at ALU, flew off to Rwanda a few days ago to begin his first year of study. This was made possible due to the generous support of many individuals. Below is a thank-you letter written by Anton and some photos of his first day at ALU. 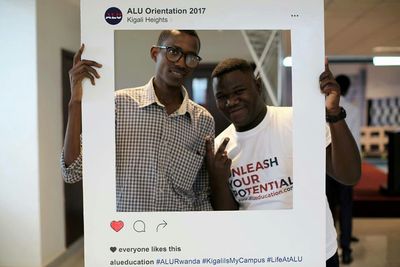 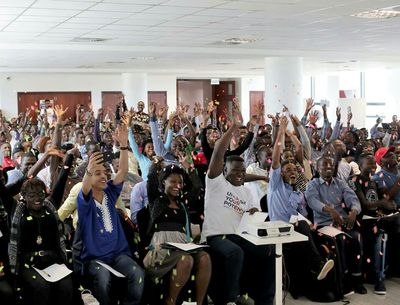 My names are Anthony Sakala from the Old MacDonalds Farm, it is with a heart full of thankfulness that am writing this email, and hoping that it finds you blessed in our Lord Jesus Christ.
February 2017. I received a call from Sibusiso Dash Shongwe of the Admissions and a Representative of Southern African Recruitment team from the African Leadership University, he called to notify me of my admission to the university. I was in joy that I couldn’t even get most of the things he was saying to me. However, he said he would send an email to me stating everything he was saying on the voice call we had.
A day later, I received a mail stating everything including; $10,000 for my school fees to Mauritius campus and $4,000 for Rwandan campus. Moreover, another mail of the financial aid I had applied for, of $2,000. also stating that my financial aid could be deducted from any campus of my choice.
Towards the school fees the conditions were; $10,000 for the Mauritius included accommodation, food and flight ticket to school, while $4,000 for the Rwandan campus was only for school fees and other expenses I was to be responsible. And after calculating all the funds for Rwanda and Mauritius deducting from both sides $2,000 aid, I was still to be accountable for $8,000 for any campus of my choice and thats after calculating for the expenses to the Rwandan campus, in other terms all the charges where the same even if one was to choose from a less fee campus, you add the expenses still the same.
My heart became off no hope, cause there was no way I could have financed that $8,000. But after a few days, Dad called for me, we talked, during the talk I felt their was nothing for me left but to just decline the admission, but that wasn’t no more until I heard he and mom would try and find someone or people to help. After that, I was given a hope. furthermore, I went and spoked to Sibusiso who advise me that there was a chance of me applying for more aid, I wasted no time but straight forward to sending am email to the admissions team for more aid. A few days later they replied back stating, “we are sorry, we can’t add more aid for you cause the $2,000 aid you received was also given to other people.” Sad news it was, though I was still with faith that if God had provided through out the way i had no hope what can stop him now? So i kept on waiting to here from both mom, dad and the admissions. I didn’t even stay for a week another mail came to me from the admissions that they had increased my aid to $3,500, such joyful news it was, but still thinking of the remaining funds, it was still no much of a difference.
Later on, more good news came that you where one of the people who decided to take part in helping me. For this, am very thankful and even though I’ll be males away you will always be in my prayer.
Thank you very much and always know, each time you decide to read this mail you are always in my prayer.
Thank you once more,

Sakala Anthony.
10/09/17
Cosmas, another of our boys, will be sitting his school-leavers' exams this year and will be starting his search for university places and funding. He hopes to study Chemical Engineering. As part of their Interact Rotary Club, the Italian School of Lusaka recently donated K4,000. Half of this will be put towards Anton and the other half will start the pot for Cosmas' education fund. If you would like to add to this please visit our Contact Us page. 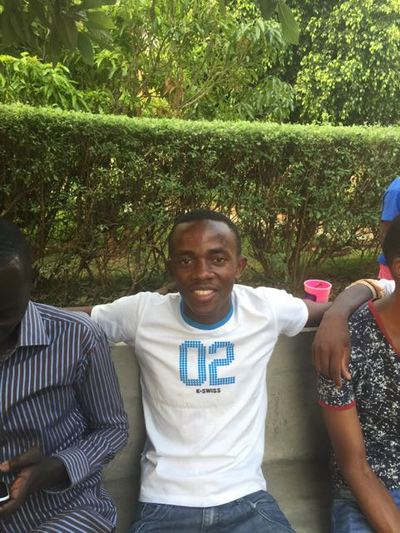